For Thanksgiving 2012 we entertained some students for dinner, and more joined us for dessert and games afterwards.  A Grad IV alumna who’d returned to town for the holiday weekend spent the next day with us as well, along with a good friend of hers who was still a graduate student.  They both had some academic research they needed to pursue, so we announced a three-hour “study hall” between brunch and Black Friday shopping.  This would get us into the stores in the late afternoon, when the crowds had died down.

I used the “study hall” to do some research of my own.  I wanted to find out, “What could Priscilla possibly have?” Looking around online I discovered that a small percentage of MS patients actually have normal cerebral-spinal fluid.  So the lumbar puncture hadn’t shown definitively that she didn’t have MS, it just hadn’t shown that she did have it.  It occurred to me that we could ask the clinic doctor, when we saw her again in a couple of weeks, if she would order another brain MRI, to see whether any lesions had appeared in the six months since the last one.  If so, we might get a diagnosis after all.

Priscilla and I had a late-morning Sunday brunch date to debrief from our busy week of tests, results, and entertaining: muffins, and tea in china teacups, since it was still the holiday weekend.  I mentioned my idea to her and she agreed that it held possibilities, but she insisted, “There has to be an end sometime.”  Our pursuit of a diagnosis had used up much time and energy, and limited our ministry, but so far it had yielded no results.

We agreed to ask the doctor about another MRI, and Priscilla would undergo this test if it could be done by the end of the year, while it would still be fully covered by our insurance.  (As you can imagine, we’d already met our out-of-pocket maximum!)  But no matter what happened—a test not ordered, or not able to be scheduled before year-end; no positive result; or MS suspected or diagnosed—this would be the last step we’d take for the foreseeable future.

Speaking of out-of-pocket medical expenses, around this time I finally verified what our responsibility was for Priscilla’s stay in the hospital three months earlier.  There had been so many charges, with some confusion about certain ones, that it had taken me until now to sort it all out.  We owed $1,090.04.  Now that our obligation was clear, there was no reason not to pay up.  We shouldn’t make the hospital come looking for the money.  Sending it in would mean that we’d have that much less to live on, but I felt an assurance that God would take care of us.

Three days after I sent in the money, we received an unexpected gift of $1,000.  Given where it was sent from and how long it took to reach us, this check had to have been written at just about the same time that I was paying the hospital bill.

We saw the clinic doctor again in early December.  She went over Priscilla’s lumbar puncture and EMG results, which didn’t point to any diagnosis. She’d even done blood tests for some other possibilities that were real long shots, including sarcoidosis, an inflammatory disease that can cause bumpy rashes, weakness, decreased coordination, and joint stiffness if it affects the skin, brain, and muscles. The results were negative in all cases. The doctor concluded by telling Priscilla, “There’s nothing more we can do for you.”

But she did agree that a follow-up MRI was a good idea, to see whether any lesions might have become visible in the brain during the last six months.  An MRI could be scheduled before the end of the year.  Initially it was set for the night before our planned two-week Christmas vacation, but then an appointment mercifully opened up for two days earlier, giving us some breathing room before we left on the trip.  When we returned from  vacation, we found a phone message from the clinic doctor.  There were still no lesions.  “You do not have MS or any other disease of the central nervous system,” she concluded.  She’d also sent us a more official email that stated she was discharging Priscilla from her care—since, as she’d already explained, there was nothing more she could do for her.

I wrote in my journal, “We had no idea how to proceed next.  The future was a big question mark.”  No wonder, during these months, I was having dreams about driving past vacant lots or empty fields, or about being dealt a hand of cards and turning them over, only to discover that they were all blank. 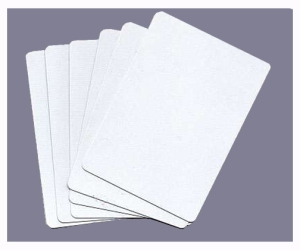 Audio versions of each post are provided for the sake of those who, for many potential reasons, may not be able read from a computer or other device. Priscilla was no longer able to do this in the late stages of her disease, but she still listened eagerly to audio resources.
Loading Comments...
%d bloggers like this: